The Cosplay costumes and items of Sailor Mercury from the Sailor Moon Crystal series have taken on a soothing blue hue to represent the planet in the name. The costume is a frock or a skirt that barely ends at mid thigh and is blue in colour, in contrast to white shirt covering the upper torso. The costume is completed with knee-high electric blue boots. Even though the character represents a bookworm, the appearance of its sword and its availability combines the feminine bookishness with feminine strength. The sword is called Lampe’s sword and is golden and white in colour. 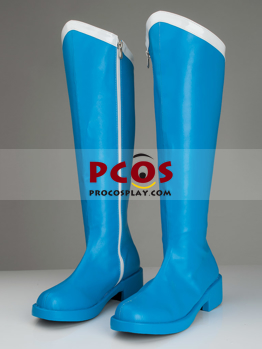 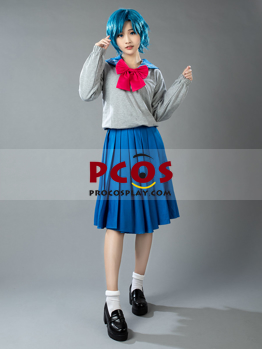 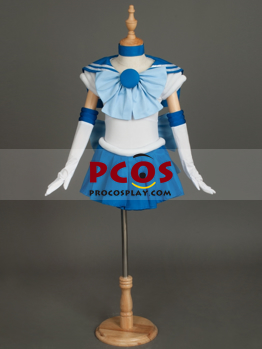 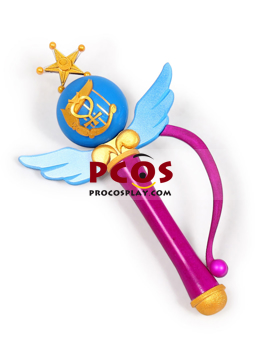 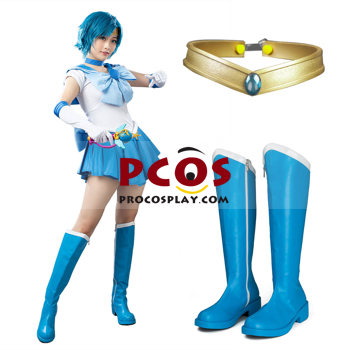 An inspiring character for all those girls who idealize being bookworms and are highly involved in studies. Mizuno Ami is a fourteen year old girl character in the sailor moon series that is given the title of sailor mercury as she is the soldier of wisdom and water. She is an intelligent girl and as a result got her fan following among the students see themselves as intelligent. Her costume dress is now available in the market in seven set accessories comprising of shoes, gloves, necklace, dress, headband, front and back bow. High quality costume is made from uniform cloth and is available in 2XS and 3XL size for women
$45.00 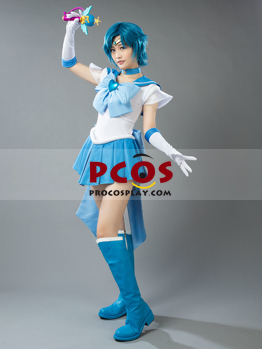 Blue Sailor Mercury! Sailor Mercury is one of the original Sailor Senshi. Her power is based on water and ice and her civilian identity is Ami Mizuno. We are not only impressed by her appearance but her intelligence and power. The costume comprising of a skirt, choker, front bow, back bow, gloves, socks and tiara. Put on this Sailor Mercury costume to become a Sailor Senshi protecting the world!
$69.00 $49.00
Refine
×
Category
10 More
Product Tags
10 More
Categories
Popular tags
View all
Copyright © 2022 procosplay. All rights reserved.