Tangled is a 2010 American computer animated musical fantasy-comedy film produced by Walt Disney Animation Studios and released by Walt Disney Pictures. Loosely based on the German fairy tale "Rapunzel" in the collection of folk tales published by the Brothers Grimm, it is the 50th animated feature in the Walt Disney Animated Classics series. Featuring the voices of Mandy Moore, Zachary Levi, and Donna Murphy,[4] the film tells the story of a lost princess with long magical hair who yearns to leave her secluded tower. Against her mother's wishes, she accepts the aid of a handsome intruder to take her out into the world which she has never seen. 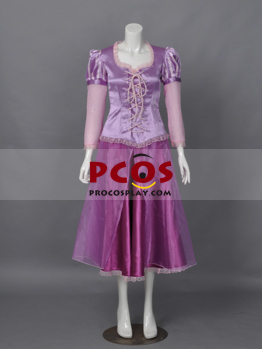 Rapunzel is a well-known character all around the globe. Procosplay has designed this dress according to its character and dress is easy on pockets as well as the quality of this dress is superb. The color of the dress is gorgeous purple and it consists of a shirt and a skirt. The purple satin corset shirt really looks appealing with puffed and stripped sleeves. To complement this attractive shirt purple skirt is there, edges of shirt and skirt both are decorated with trendy baby pink net lace. This elegant outfit is probably the best designed outfit which perfectly suits the character of Tangled Princess Rapunzel.
$59.00 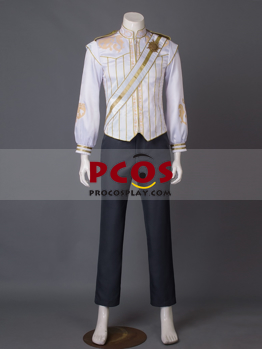 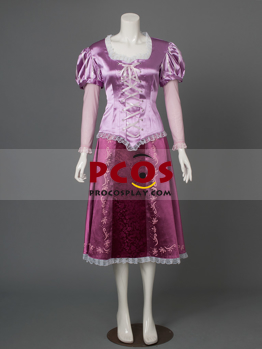 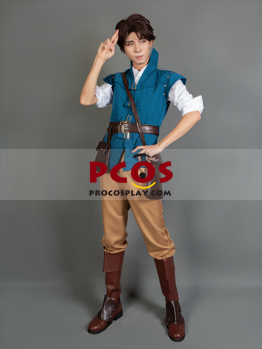 The Cosplay of Tangled Flynn Rider is now available in amazing price and best quality. This attire is made according to character of Disney tangled Flynn Rider. This attire has couple of pieces like a white cotton full sleeve shirt, a khaki uniform cloth pants, a blue jacket with buckles which really looks very nice, a dark brown leather bag to give this attire a rider look, a dark brown leather belt with strap and a pair of dark brown shoe cover made from leather. The entire outfit is very presentable and made exactly as the one in the character.
$85.00
Refine
×
Category
7 More
Product Tags
11 More
Categories
Popular tags
View all
Copyright © 2022 procosplay. All rights reserved.