The Attack on Titan Cosplay now hits the stores with Annie Leonheart’s brown and white costume giving off a warrior spirit. The costume consists of a white shirt over a white pant. This would have been simple enough had it not been for the brown jacket on the top and the maroonish brown short-sized covering over the pants. Dark brown ribbon like extensions snake down to the knees. A grey coloured belt is also available. To complete the character, a golden coloured wig and weapons of the character are also being sold alongside the costume. 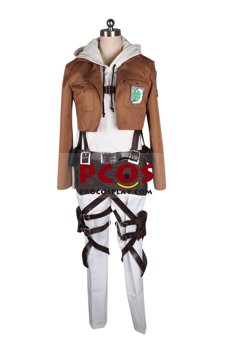 Most of fans of the Attack on Titan should be astonished by the power of Annie Leonheart. She is an outstanding member of Military Police Brigade and also a Titan Shifter. She is a huge threat for human. The costume consists of a brown uniform cloth jacket with the insignia in embroidery on arm and the left pocket while in leather on the back, a white hooded sweatshirt made of high quality French terry, a pair of white uniform cloth pants, a dark brown stretch cotton hip wrap and complicated 3D Maneuver Gear body harness which is made of PU leather. This would be the most similar and the finest costume you can find. Now, put on the costume to be a strong Annie Leonheart!
$105.00 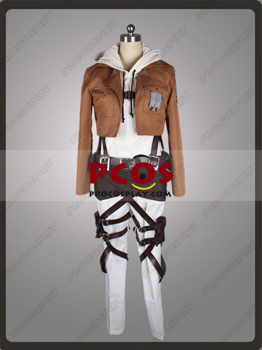 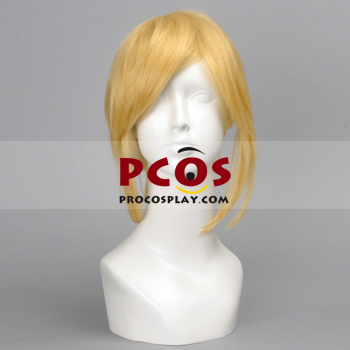 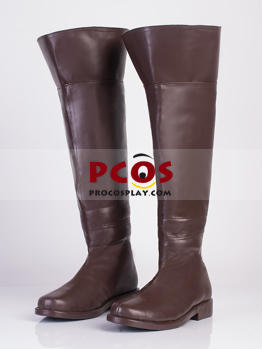 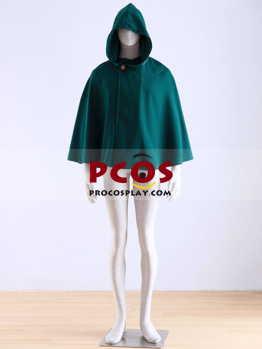