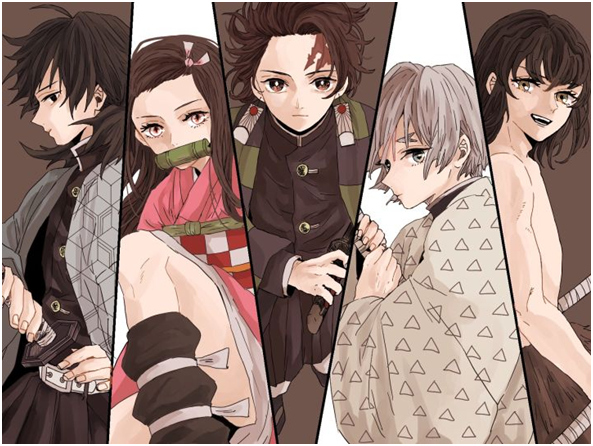 It was in the Taisho period of Japan. According to legend, after the sun goes down, there were evil spirits that ate people. There were also ghost hunters who killed evil spirits and protected humans.

The charcoal dealing boy Kamado Tanjirou, his ordinary but happy daily life changed drastically on the day his family was attacked by evil spirits. His mother and four younger siblings were murdered, and the younger sister Kamado Nezuko, who survived with him, also became a fierce ghost.

Under the guidance of the ghost hunter, the charcoal boy, Tanjirou, determined to become a ghost hunter with Nezuko, who became a ghost but still sensible, embarked on their revenge journey.

Through hard sword practice and life-threatening trials, Tanjirou finally became a member of the "demon slayer" organized by the ghost hunters. In order to return sister Nezuko to humanity, to fight against the evil spirits who killed his family, and to cut the chains of sorrow, the fight between the teenager and the ghost never stopped.

When happiness is destroyed, it always smells like blood. Even though I am completely destroyed, I must have the evil beheaded! 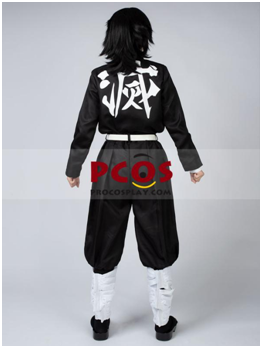 A kind and gentle boy who valued his family and had a serious and instinct personality. With the goal of saving his sister who has become a ghost and revenging for his family, he became a disciple of Urokodaki Sakonji. After two years of hard training, he finally became a swordsman of the demon slayer through final selection. Carrying the box where his sister hidden, he valued his sister more than his own life. Equipped with a unique keen sense of smell, he can distinguish people's emotions from the smell, and also distinguish people from ghosts. After training, he can identify the odor of the opponent's weakness during the battle. 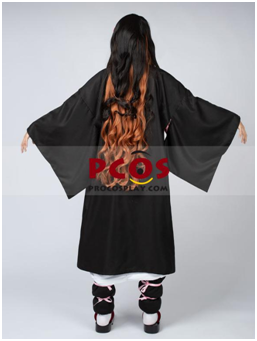 Survivors of family members attacked by ghosts, but she became ghosts. After becoming a ghost, she once attacked her brother Tanjirou, but he awakened her remaining feelings, so she suppressed the cannibal instinct, protected Tanjirou, and won the demon slayers’ approval. As a special existence among the ghosts, she slept for two years, replaced cannibal hunger with sleep, and got rid of the curse. Because of Sakonji's suggestion, she treated humans as her dead family and would never harm them. She followed her brother and fought their way out. 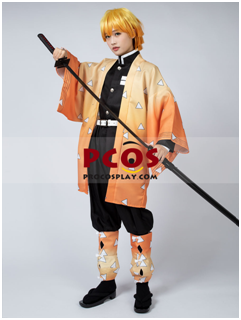 Negative timid teenager, one of the successors of Thunder's Breath. Only mastered one stroke of Thunder's Breath, he was completely not confident of his strength as a swordsman, afraid and escaping from fighting with ghosts. He would fall asleep and enter a semi-awakening state when he was nervous and gave full play to the original strength. He had excellent hearing, can read human emotions from the sound, and can also distinguish people from ghosts. He was quite fascinated by girls, and even loved Nezuko at first sight. But he was always too entangled and often disgusted by girls. A shirtless young boy wearing a pig mask. He was muscular but bad a delicate and beautiful face like a girl. Bellicose, unwilling to lose, rude and not good at thinking, Inosuke acted relying on intuition and created the Breath of Beast. In the past, he lived alone in the mountains, the only hobby was to compete with the beasts. That was why he lacked of common sense and was hard to understand people's warmth and affection. As he got along with his partners, Inosuke gradually began to value his friends. He had an extraordinary sense of touch, even though without the guidance of a trainer. He killed the ghost by robbing the demon slayer in the final selection, and earned his way to demon slayer. 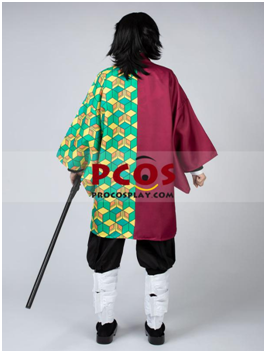 Morality and reason dominated most of his decisions, but he was not ruthless and his empathy for tragedy will be even stronger than ordinary people. He was more sensitive and more compassionate, he was guilty, he will be impulsive, but he will not lose his mind. 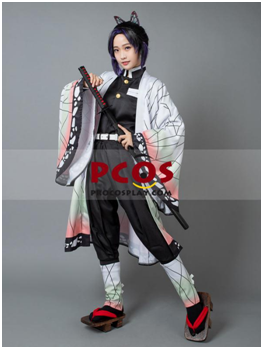 She was a tough woman who had been constantly looking for ways to make up for her shortcomings, had become stronger, listed her sacrifice of life as a way to kill, and then paved the way for her junior, extremely gentle woman. If the strength is not enough, then created the poison. If the strength was not enough, then used her as a bait to kill the enemy. She proved the courage and pride of mankind with all her own. She had short hair when she was young, serious and unsmiling. Occasionally, she was distressed about her lack of height. Wearing conservative clothes because she did not like exposed clothing. After the death of her sister, her tried to be as gentle as her sister. But even when she smiled, she had been suppressing her anger towards ghosts.