Harley Quinn is a super villain in the American DC Comics, whose real name is Harleen Quinzel.She was a psychologist designated to treat The Joker, but was crazy by the Joker's charm of personality and turned into a patient obsessed with him. She believed that she was in love with the him, so she helped the joker to be released from prison and called herself "Harley Quinn." Harley is a violent and elusive recidivist because the joker's cruel and capricious nature makes Harley another victim in some sense, even though she is also a dangerous criminal. 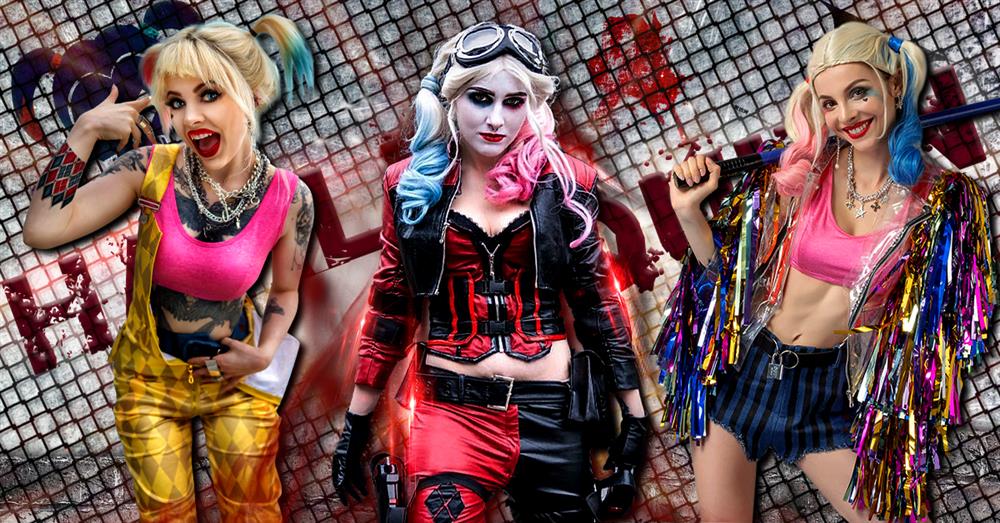 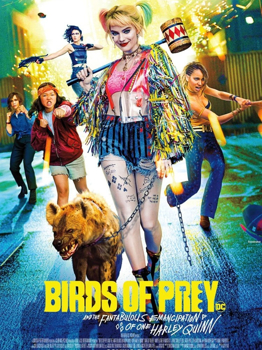 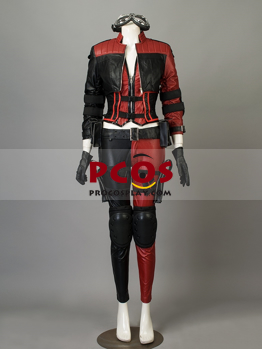 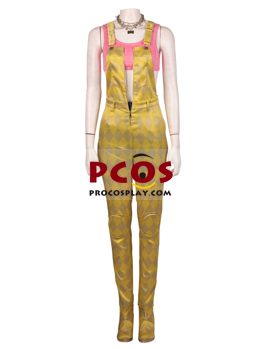 Time to get wild and crazy just like everyone's favorite good girl gone bad, Harley Quinn. Recently emancipated from her beloved Joker, this DC cosplay costume is straight out of the feature film “Birds of Prey” and is a fresh and funky look for any fan of fashion. Finely crafted from the highest quality materials, the focal point of the outfit is the gold satin overalls. A diamond pattern in alternating hues covers the entirety of the garment and zips up securely in the front. Two pockets are found on the rear and the knees are padded for extra protection from violent vigilantes. A set of shoulder straps form an “x” in the back and connect to the front by two metal button clasps. A pink sleeveless, stretch velvet crop-top sits snuggly under the overalls and adds a bright pop of color to this playful apparel. Also under the overalls are a pair of cut-off denim shorts that is accented with pink stars on the left side. Wrapped around the wearer's neck is a layered metallic chain necklace, featuring an array of different symbolic charms. A matching pair of heels complete the look and are both comfortable and stylish. With its' bold pattern and colorful pallet, wear this to a convention or nightclub, you'll slay the competition in this ostentatious outfit.
$146.00 $113.00 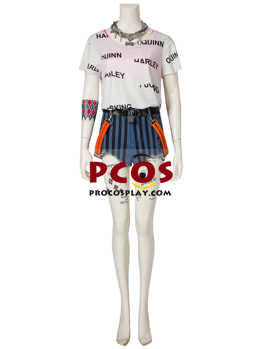 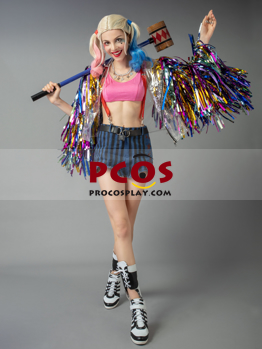 Bright colors, a variety of materials and one wild design are all featured on Harley Quinn's eclectic ensemble from the feature film Birds of Prey. The outfit is comprised of many individual pieces that although may look unusual on their own, come together to create one cohesive piece! The most eye-catching aspect of the costume is the multi-colored metallic fringe sleeves that look as if a cheerleader's pom-poms unraveled on the wearer's arms. A sleeveless tight pink crop-top leaves little to the imagination and is covered by a translucent waterproof plastic jacket which is reminiscent of those worn by motorcyclists. A metal chain necklace is adorned with stars and crosses which complements the overall look nicely. Black and blue striped denim cut-off shorts show off legs that go on for days. They are secured by a pair of elastic orange suspenders and a black leather belt that wraps around the waist and fastens in the front via a lock and key. A set of removable tattoos complete the look of a love scorned femme fatale. With its brilliant colors and bold style, it is indistinguishable from the one seen in the movie and is a statement piece that will drive any clown crazy.
$163.00 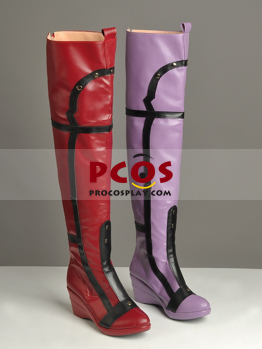 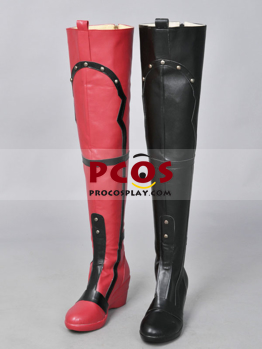 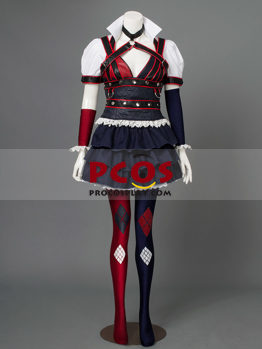 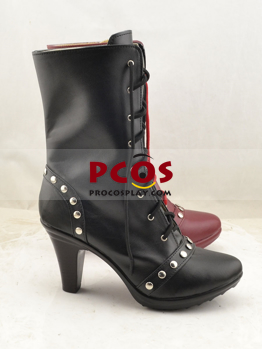 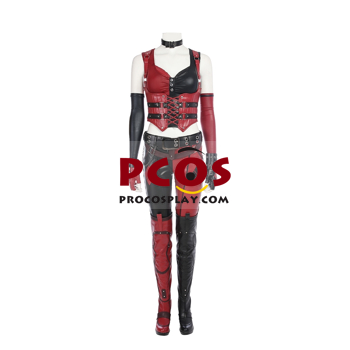 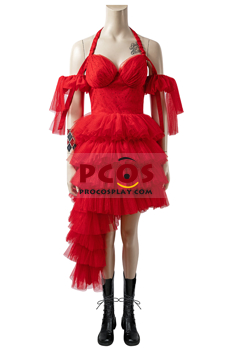 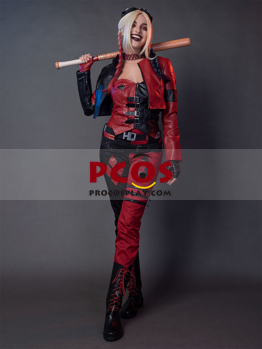 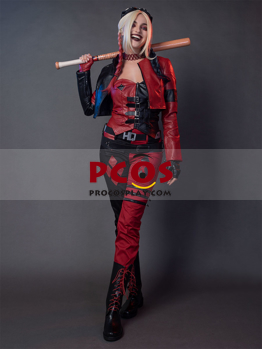 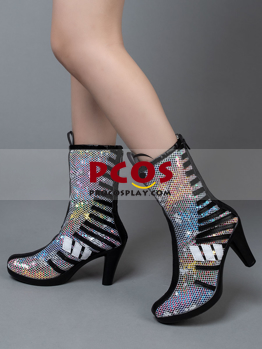 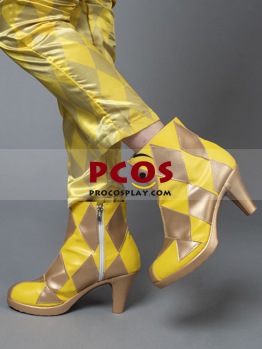