League of Legends is a multiplayer online battle arena video game developed and published by Riot Games for Microsoft Windows[1] and Mac OS X, inspired by the mod Defense of the Ancients[2] for the video game Warcraft III: The Frozen Throne. It is a free-to-play game, supported by micro-transactions. The game was first announced on October 7, 2008, and released on October 27, 2009.[3] League of Legends was generally well received at release, and has grown in popularity in the years since. According to a 2012 Forbes article, League of Legends was the most played PC game in North America and Europe in terms of the number of hours played.[4] As of January 2014, over 67 million people play League of Legends per month, 27 million per day, and over 7.5 million concurrently during peak hours.[5] 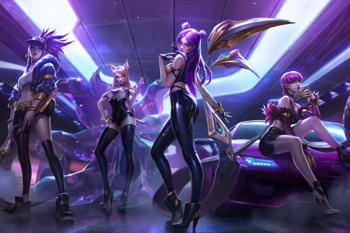 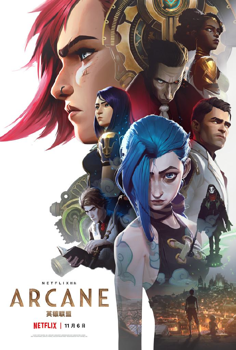 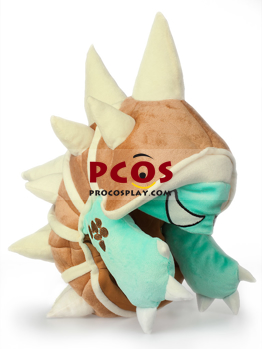 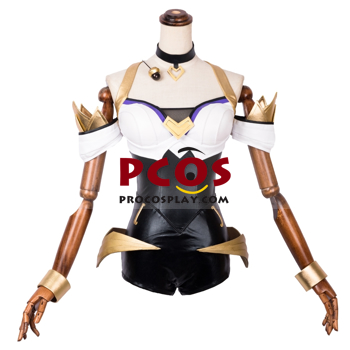 If you are a fan of Riot’s League of Legends musical girl group K/DA, and see yourself as a budding songstress, then Procosplay have the perfect Ahri cosplay costume for you. This nine-tailed fox is one of the front performers of the group and had an outfit to garner all attention. All within one purchase, you will find everything you need to replicate this fiercely foxy femme. This quality costume bundle includes her distinctive black, gold and white jumpsuit, along with the off-the-shoulder metallic crown sleeve detailing. This shorts-style jumpsuit features a zip-back closure and is constructed from a characteristic spandex mix material. The accessories included within this kit are the black and gold heart choker, gold style wrist bands and hip embellishments and well as Ahri’s distinctive pair of pleather socks. No vixen would be complete without her pair of furry fox ears, and of course, a must for every performer – the prop headset.
$69.00 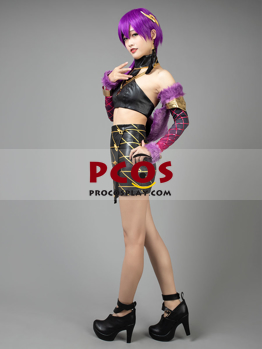 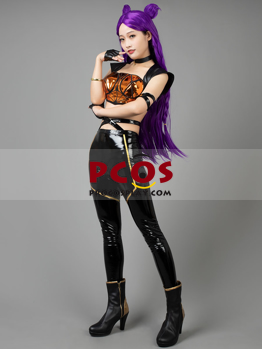 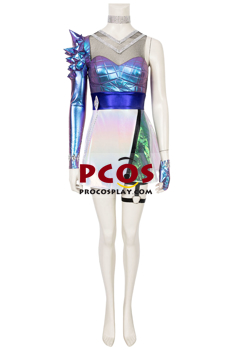 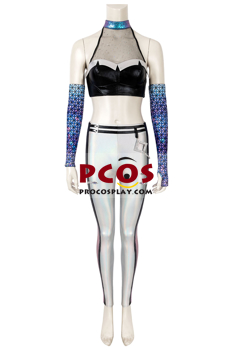 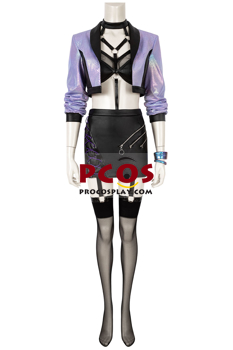 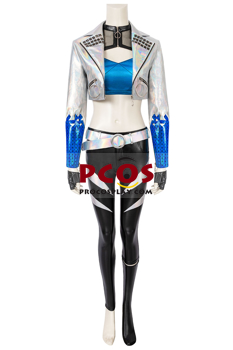 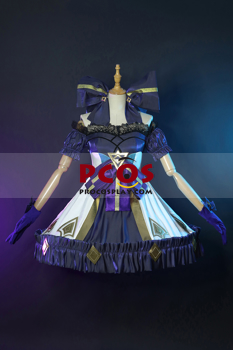 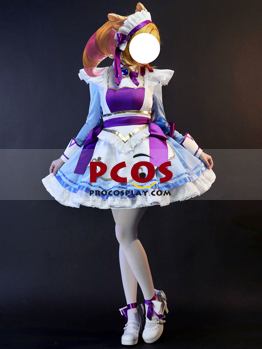 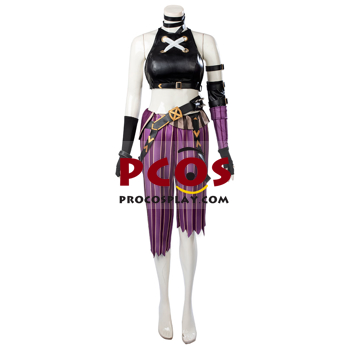 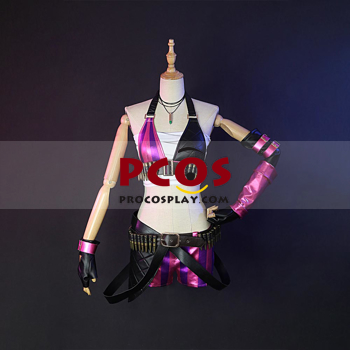 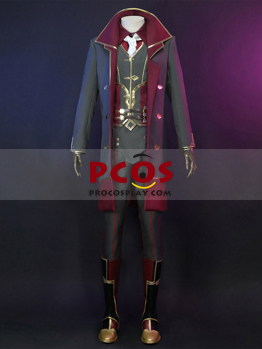 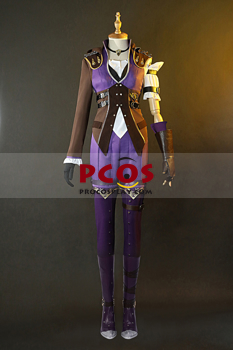 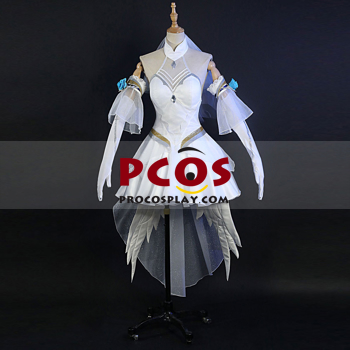 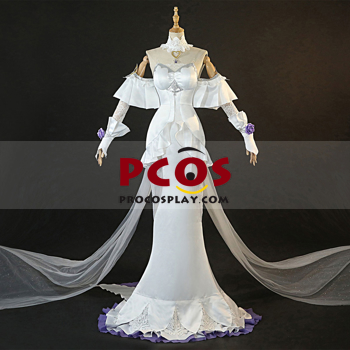 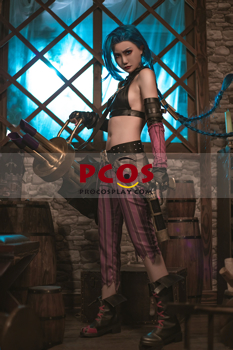 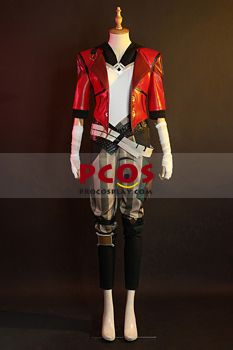 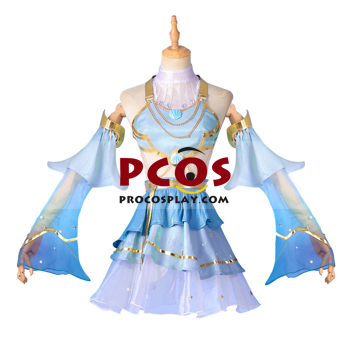 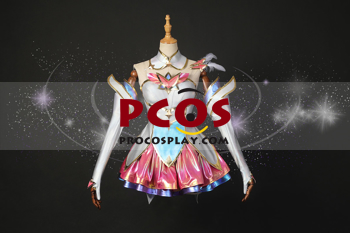 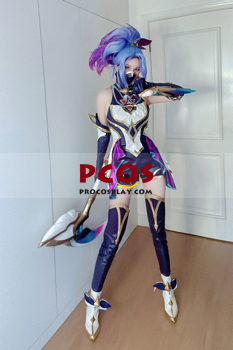 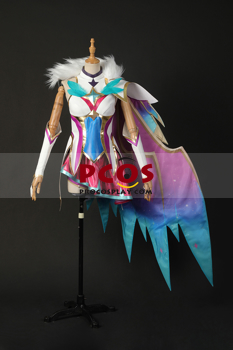 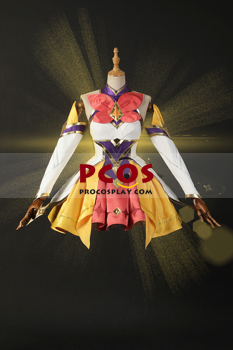 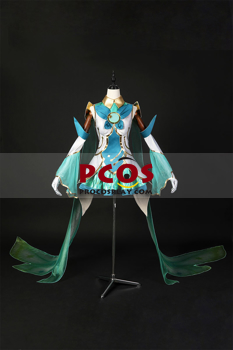 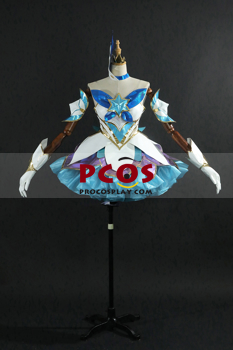 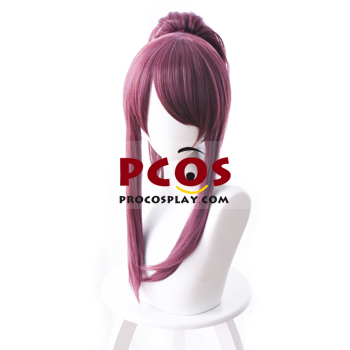 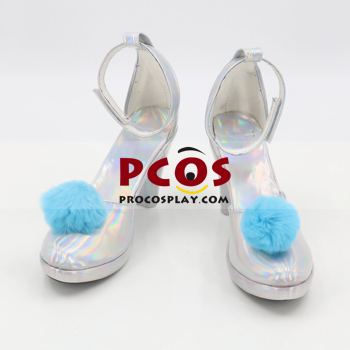 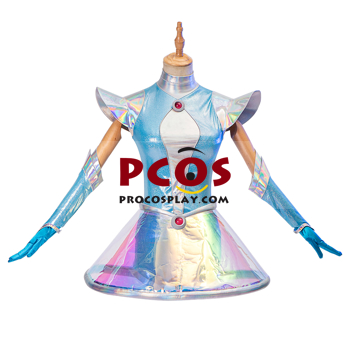